Charles Fisher joined CRC 6 years ago shortly after moving to Texas from Fairfield, Connecticut. Fairfield is where his running journey began, signing up for a Half Marathon knowing virtually nothing about running. A decade later running for him has become more of a lifestyle rather than just a way to stay fit. He has been training with the Wolfpack (Trail Group) which he has proudly taken part in since 2016 under the incredible leadership of Coach Craig Pickett and Mark Shah amongst others. To get to know “Charlie” better, get yourself out on the trails sometime. You never know, you may just get hooked!

I’m Claire Guppy and I’m the Goodie Chair. I started running when I was 16 to get fitter and control asthma, and I have not stopped since!  I joined my first local running club in my 20s – a lady only club which was incredibly empowering not just for running, but on a personal level too.  I was encouraged by my coach to train as a running leader and within a few years started coaching couch to 5k and then half marathon.

When I moved from the UK to Houston, CRC was the first club I joined and it hugely enriched my new life in the US.  I have some amazing friends through the club and I love see them cross finish lines with smiles on their faces (or a sheer look of relief!).  For me, running is my meditation with the perfect amount of social interaction, and I love a group breakfast after my morning run.

I’m very pro back/middle of the pack running and enjoy providing the same support for runners that I received and it means a lot to me to be able to give back to the club.  My favorite place to run in Houston is Buffalo Bayou for the “hills”, I love Injinji socks, and Mizuno Wave Inspires are my go-to shoes. 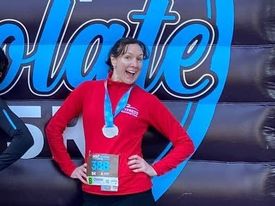 Hi, I’m Esther Hackleman, and this is my second year with Cypress Running Club. I’ve been running off and on for 12 years, but when I joined CRC in 2021, I was one year postpartum and had very little motivation to get my shoes on and get out the door. Having friends who genuinely missed me when I couldn’t make it to group runs and encourage me along the way played such a big role in not only my return to running consistently but also my growth as I got faster than I ever had been. I can’t wait to see what this year holds as I dip my toes into trail running and ultras. I live in Cypress with my mountain biking husband, 2-year-old toddler (who makes sure I get my speedwork in daily) and a husky pup. 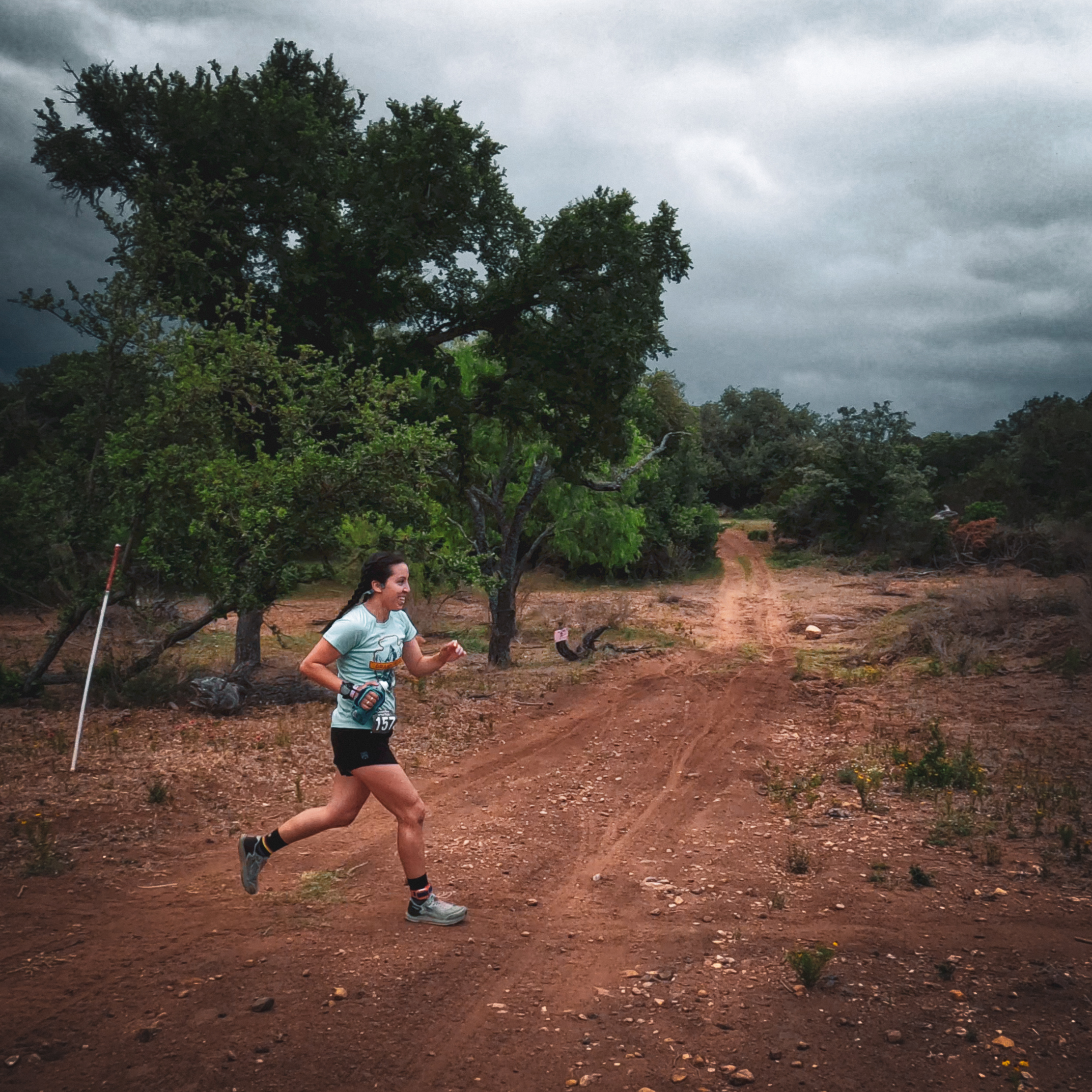 I am Ian Hermon, father of 2 (Isabel and Bennett) and husband (married to Kelley). First marathon was in 2017. I am in the Cypress Elite Group. Marathon PR is 2:48 at Houston Marathon. My mom has inspired me to run she has done 70+ Marathons and had a 23 consecutive Boston Marathon streak! 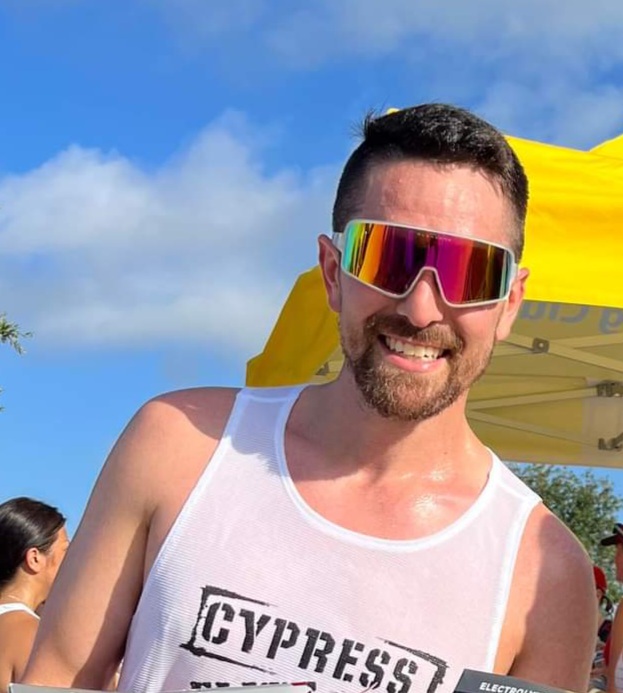 Hi 👋🏽 my name is Julie Davila

Married to my high school sweetheart we have two children. I’m a stay at home mom who loves to workout on her Peloton bike & to run . I joined CRC back in 2016 when training for my first half marathon. I’ve been on the CRC board for two years I am currently in charge of sponsorship. I’m also the PTO treasure at my sons school. 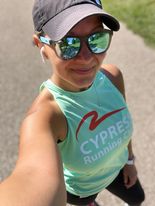 Hi! I am Karen Ellis and I joined CRC in 2019 at the start of my adult running journey after spending a few months getting in shape on a treadmill for a 5k. I spent my first year in CRC training for half marathons in Foundation group, a little bit in Progression group and then got adopted into Advanced group and the Wolfpack at the start of the pandemic. My journey has gone from “I am not a distance runner; I have bad knees” to running all the distances from 5ks to ultras. I have been inspired by so many in CRC on the roads and the trails. I live in Cypress with my husband Paul, my daughters Claire and Molly (that do love track but think distance running is dumb) and my chiweenie dog Vinny. 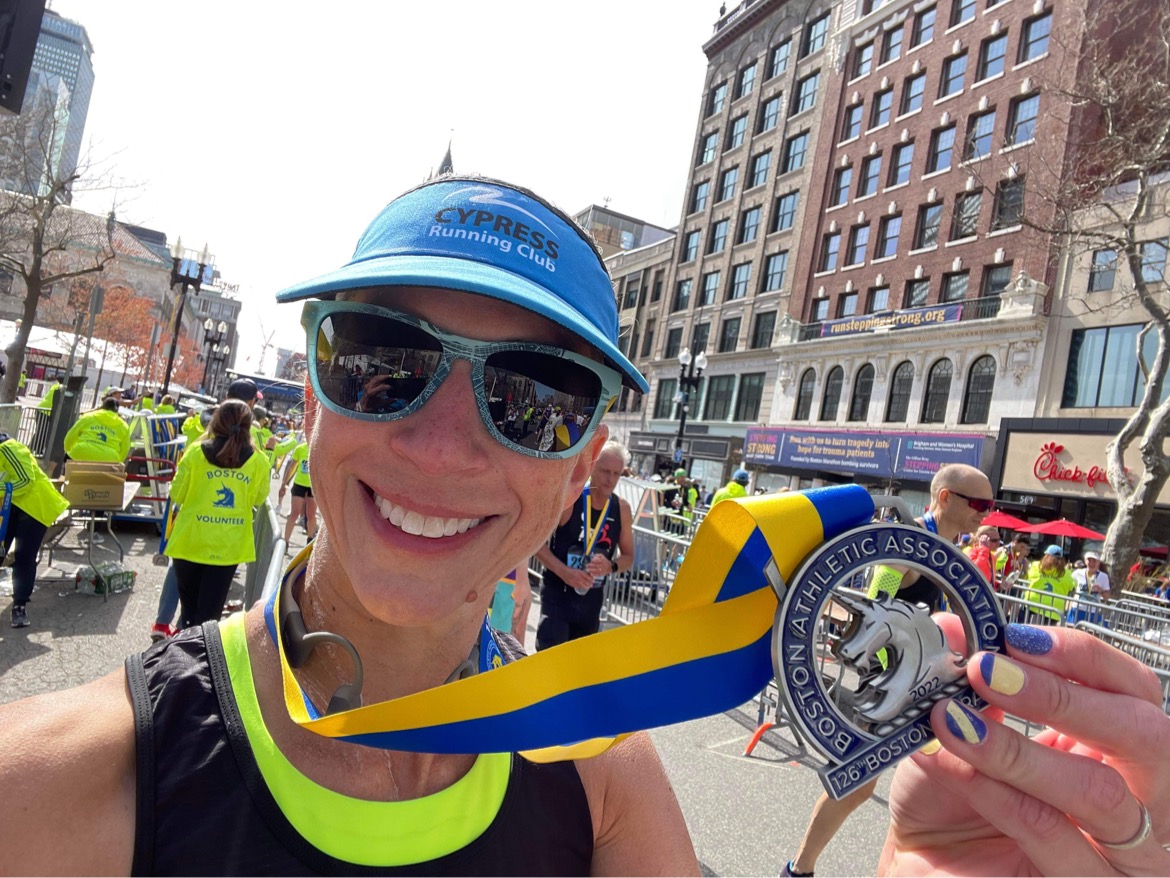 I began running in June 2018 and joined CRC shortly after for the 2018-2019 season.  With the support, encouragement and inspiration from the Foundation Group, I was able to run my first half marathon by November along with so many of my new friends 🤗  I have continued to grow as a runner and accomplish things I never even dreamed possible.  I began as a stroller runner just looking to run ONE mile, and that one mile has become thousands of miles with friends that have (literally) become my family! 🥰 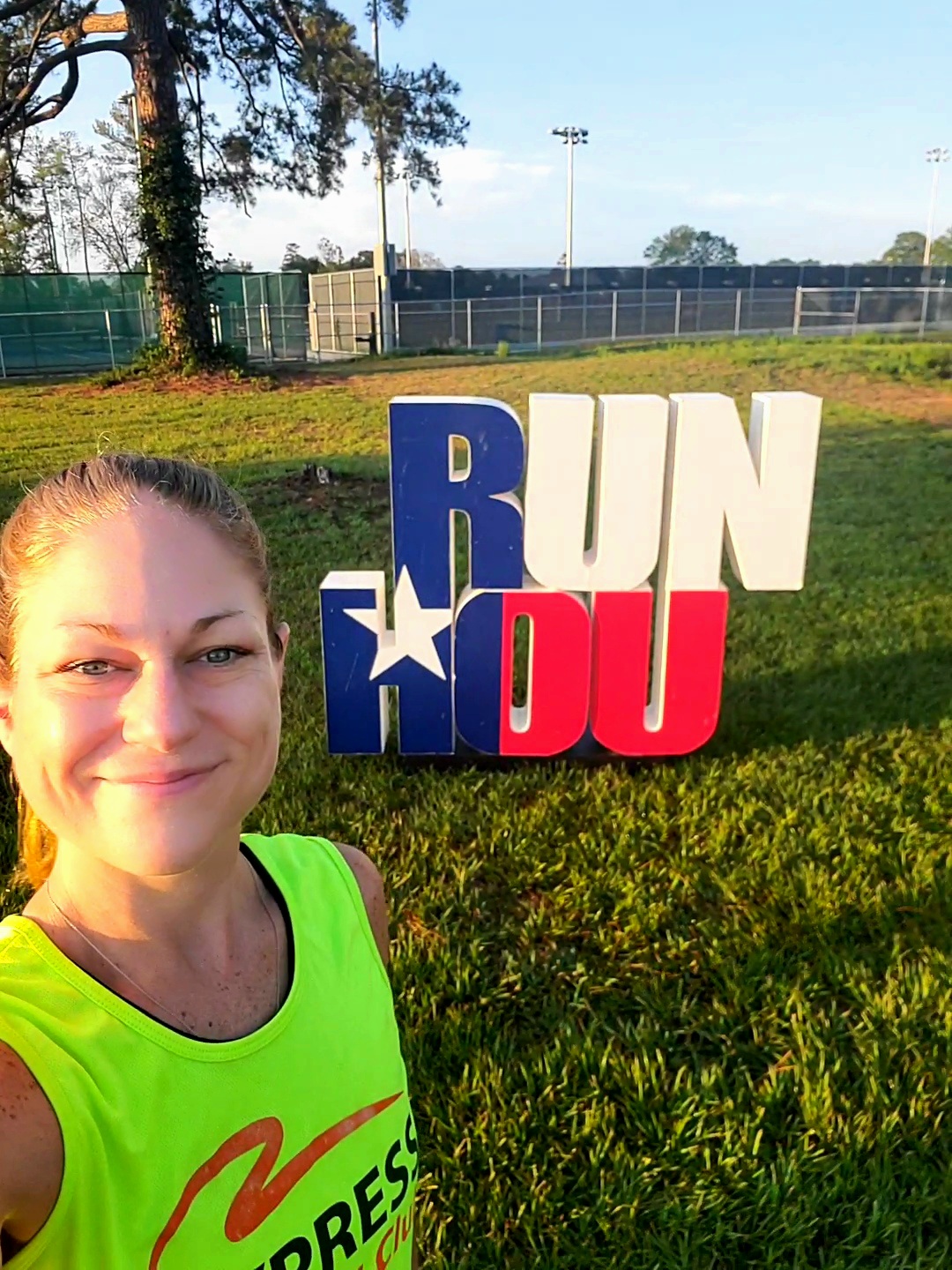 I started running back in 1991 when we lived in Austin while attending UT.  In 2000, I ran my first race at the NASA 5K, it was so much fun.  All the ladies couldn’t believe I was there running with a 4-year-old.  Then, when they were old enough, for at least the next 3 years, I pushed a double stroller with my two younger daughters in tow.  Can you tell I’m well versed in running strollers?  It was a good way to spend time with my kids, plus stay fit!

Then in 2017, I got serious and began training for The Woodlands marathon, with Chapel (my white poodle) joining me on every training run.  I’ll never forget, coming to the finish line as they were “packing up” and they announced my name and that I was finishing my first ever marathon.  I was perplexed, how could that announcer know my name and that this was my first marathon?  Then I saw my youngest daughter come out from the crowd with Chapel on a leash to pace me over the finish line, for the last quarter mile.  She looked up and smiled and said, “I told him”!!

After that, I started looking for some companionship during the many midweek maintenance runs.  I found the Cypress Running Club group on the Garmin Connect App and started tracking the member’s daily runs and course maps.  It was so encouraging, just to know there were other crazy people out there running multiple times a week.   A few months later, I realized that it might be even more fun and motivating to actually run with them, not to just see their postings.  So, in Dec of 2021, I just “showed up” at Coles on a Saturday morning and was so welcomed by my Mileage Builder’s small group!  They were at the 13-mile week of their Chevron training plan.  I was only running 9’s at the time.  But that Saturday, I pushed through to finish the 13 with them.  They have never stopped letting me know that “I can do it”.  And, I haven’t stopped running with my CRC Mileage Builders, ever since that day in December 2021. 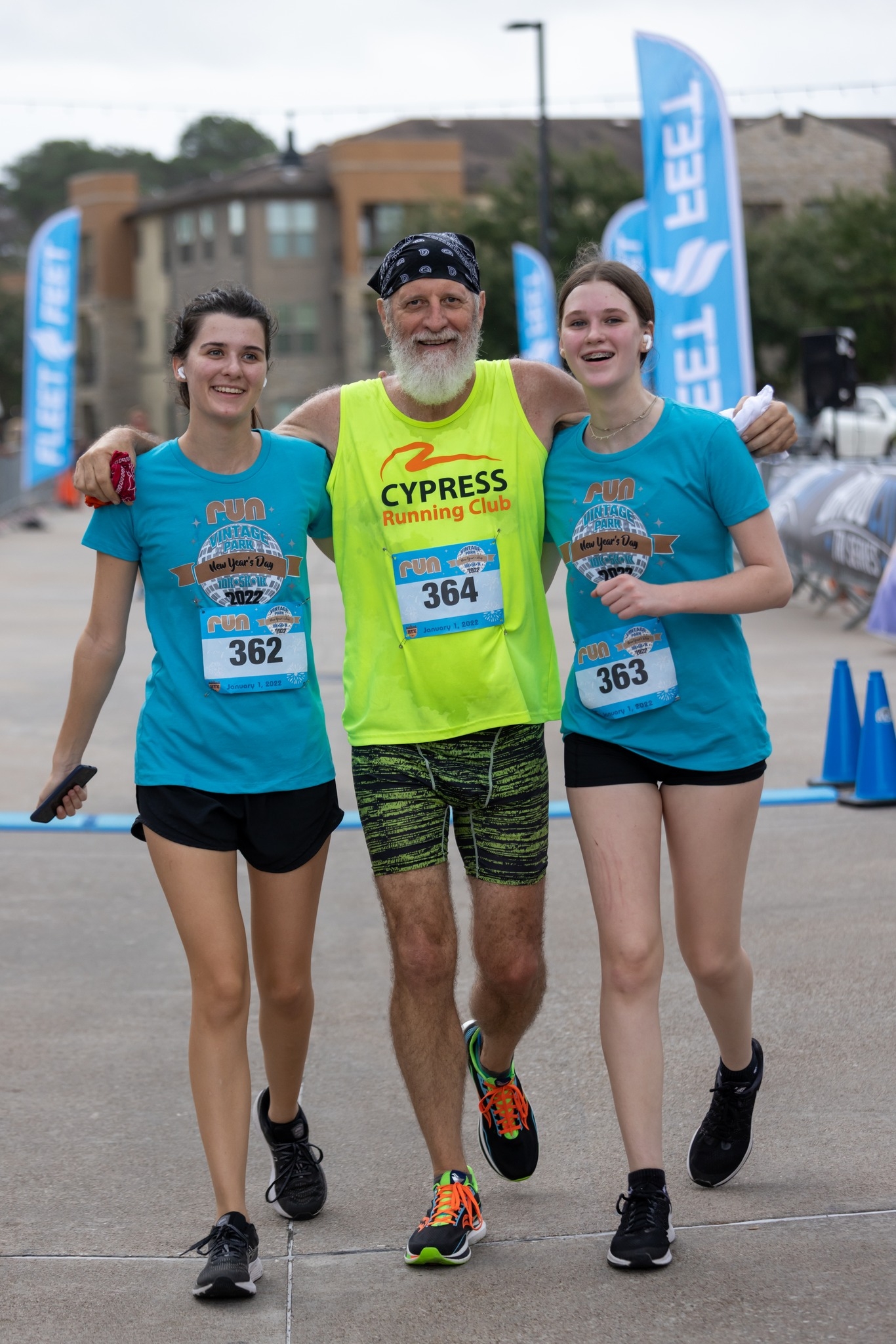 Hi there. My name is Steve Sutphen and I serve on the CRC Board as the Coaching Liaison. In this role, I am the intermediary between the Board and all the various coaches within the club. My goal is to help coordinate our coaches’ efforts so that all the CRC runners can best reach their own individual training goals.

I have been a runner for 30 years and have completed 17 races at marathon distance or longer along with many, many shorter distance races.

As far as coaching experience, I was certified as both a Level 1 and Level 2 coach by the Road Runners Club of America in 2014 and 2019 respectively and over the years, I have coached numerous beginning runners through their first 5K or 10K race while training many others through the completion of their first full marathon. A few of my students have even moved up in distance to finish a 50K ultra (31.1 miles), 50 miles or even a 100-mile super endurance events.